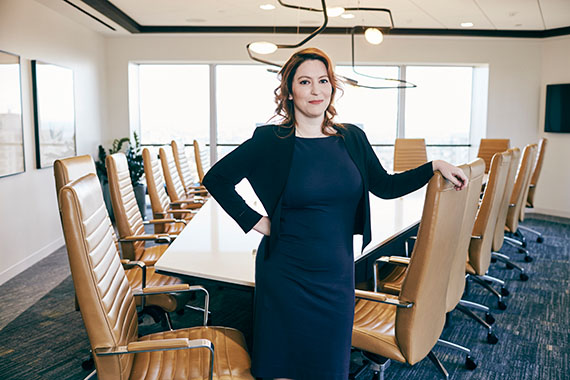 Molly Stenson is an associate attorney and practices entertainment transactional law in the firm’s Unscripted and Alternative Practice group where she advises and problem solves with clients on their deal-making, development and production needs. She counsels writers, directors, creators, on-camera talent and executive producers, and specializes in production company representation.

Her experience at Illumination Entertainment, Creative Artists Agency, Sony Pictures Entertainment, and FX and Fox Cable Networks in business and legal affairs as well as TruTV/Turner Entertainment in production gives Molly invaluable industry insight when crafting deals and strategizing with clients. She understands how to position them for success, how to legally protect their business interests and how to increase their value and reach within the industry. Beyond their legal counsel, Molly enjoys nurturing positive relationships with each client so she can better understand their big picture goals and how to develop a plan to get there—a strategic role crucial in today’s evolving media space.

With an innate passion for television, Molly pursued entertainment initially as a film major while attending New York University where she became their youngest Adjunct Professor and later in 2008 as a Professor at Chapman University, where she still instructs today.  She co-created a modern version of the course, Primetime: Game of Television, as a television producing class that simulates real world network television development, scheduling and advertising to help students understand how to apply classroom education to real industry initiatives.